AS presidential term limits collapse in the face of attacks by big men in Africa, a seemingly difficult question has taken root: Britain, Germany, Israel and other successful nations in Europe and Asia don’t have term limits. So why is it being touted as the magic elixir for Africa’s politics?

It’s a valid question, and the fact that it has been asked so often, and those of us who support term limits feel we have to answer it should tell us that that we have lost this argument.

It is like explaining to someone why they should not steal, or why in this age it is bad science to marry their sister (let’s not even talk about the morality of it). 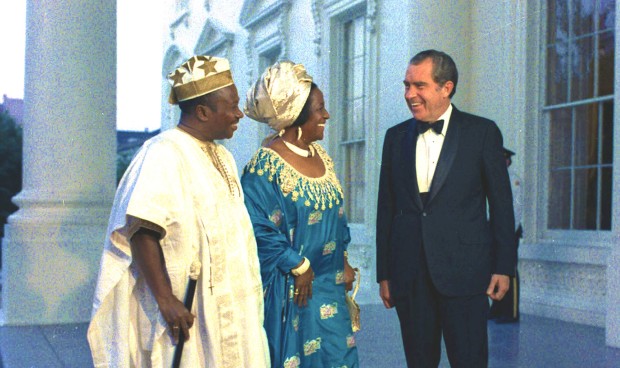 Liberia’s president William Tolbert (L) with his wife and US president Richard Nixon in 1973. Tolbert fell to the term limit devices of the coup and assassination.